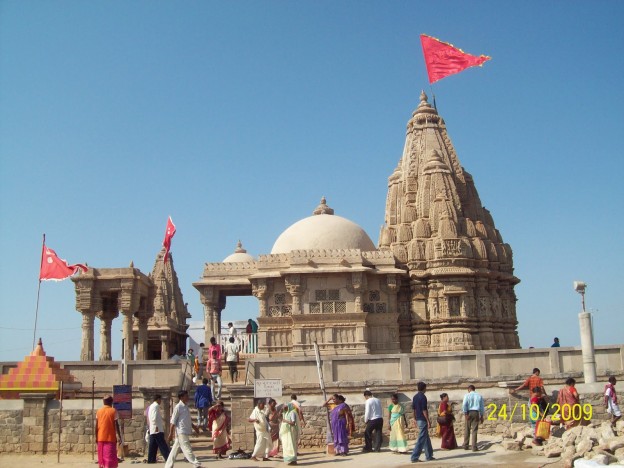 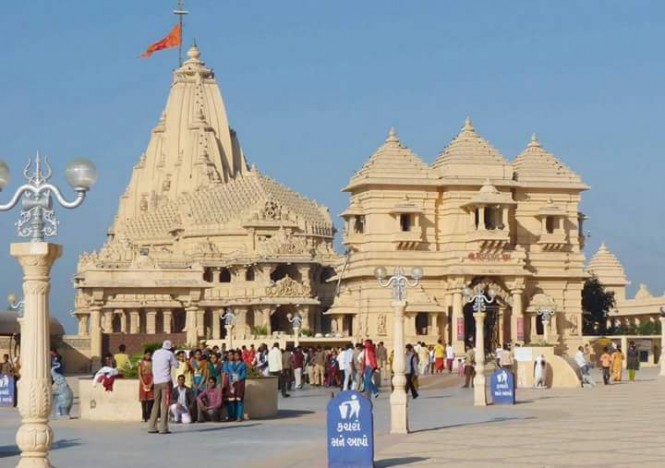 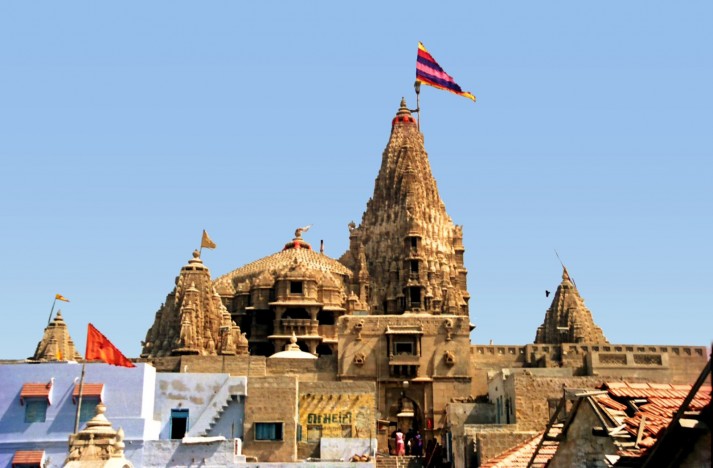 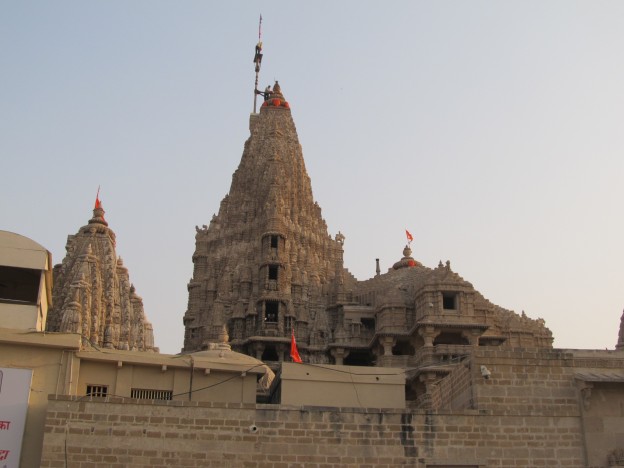 Dwarkadish Temple, popularly known as the Jagat Temple, was built in the 16th century. The original Dwarkadish Temple was built by the great grandson of Lord Krishna, King Vajranabha. It is a 5 storied temple constructed using sand and limestone. This temple is located in the middle of the town, with a 70.5 metres high spire. On the top of the temple dome, there is a 24 metres long multicoloured flag, with symbols of moon and sun on it. The temple has a platform area of 1800 sq. feet and comprises a shrine, which is well supported by 60 pillars. These pillars are made of sandstone and granite, which render extra strength to the shrine. Tourists have to climb around 56 steps, representing the 52 administrative divisions of the Yadava kingdom and remaining four represents Krishna, Balaram, Pradyuman and Anirudhha, respectively. This Jagat Mandir has two main entrances, one facing north and another facing the south. The north entrance, which is also the main entrance to the temple, is known as the 'Moksha Dwara' (Door to Salvation). This entrance also leads towards the town market near the temple. The south entrance of the temple is known as the 'Swarga Dwara' (Gate to Heaven). This entrance opens towards the Gomati River, where devotees are required to take a bath before entering the temple. The main deity in the temple is Lord Dwarkadish or Lord Krishna. There is also a statue of four-armed Vishnu known as Trivikrama. In addition to the main deity, there are various shrines dedicated to different deities, like Balarama, Devki, Vasudeva, Rukmani Devi, Satyabhama Devi and Jambavati. The temple also comprises shrines of Lakshmi-Narayan and Saraswati. Non-Hindus can also enter the temple after filling a form stating that they believe in the Hindu religion. Public transportation like buses, auto rickshaws and cycle rickshaws are available all across the town for travelling to this holy place.

Other Places To Visit In Dwarka 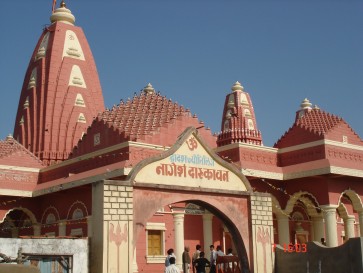 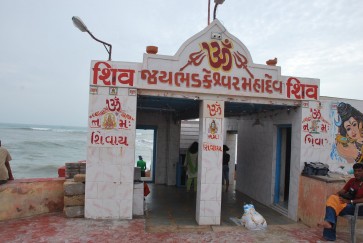 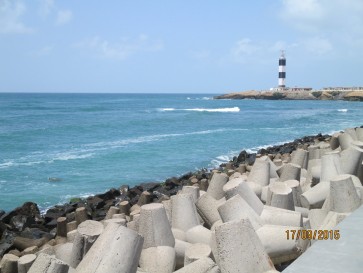 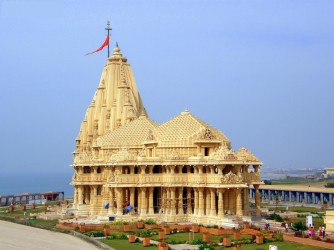