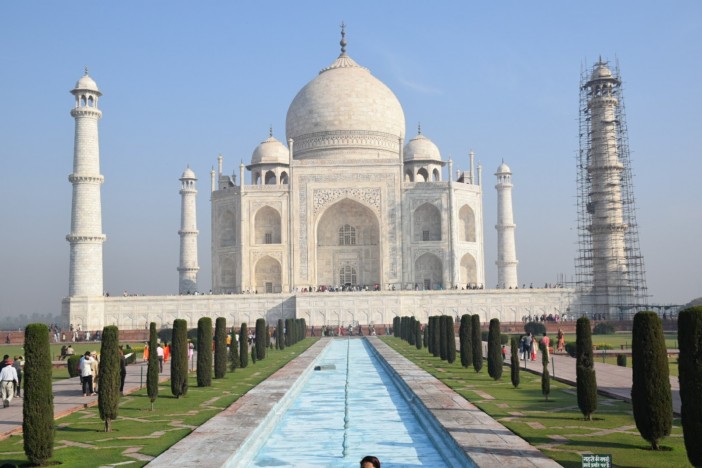 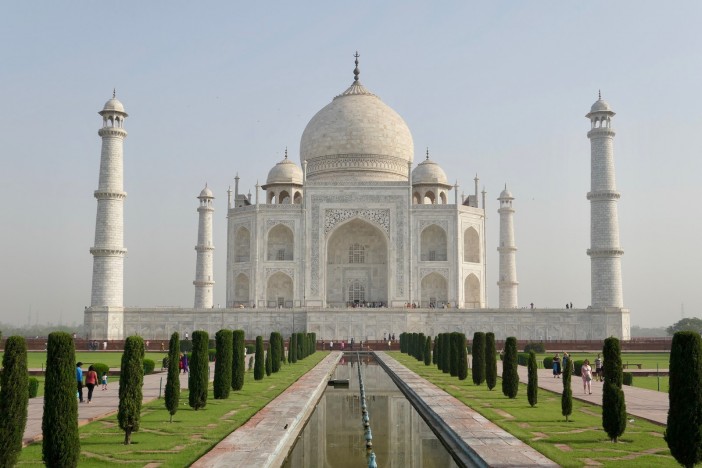 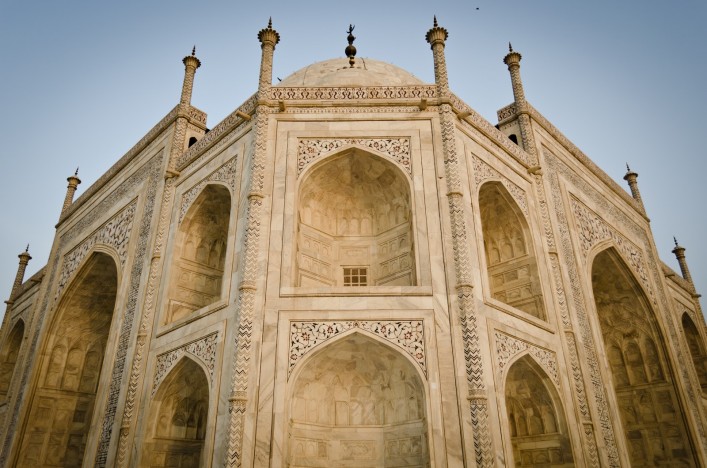 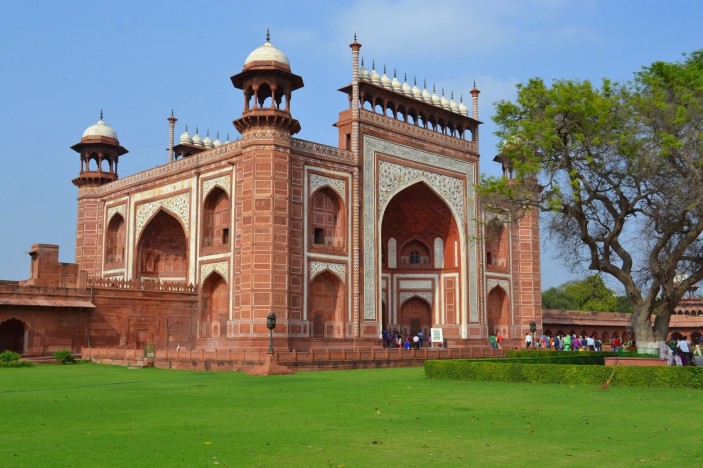 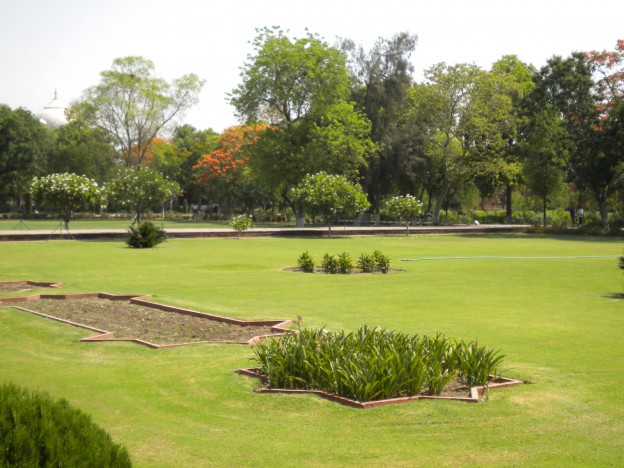 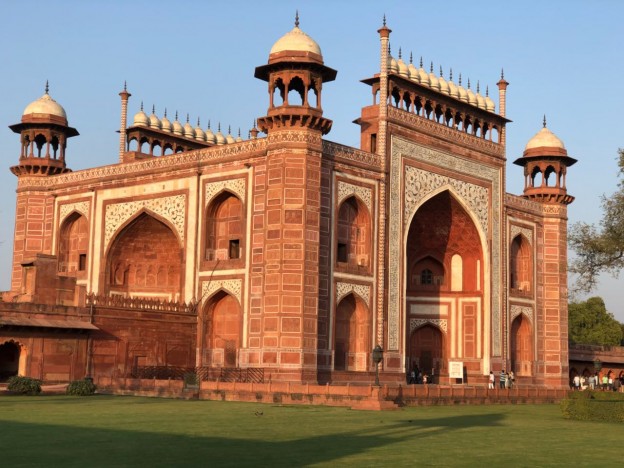 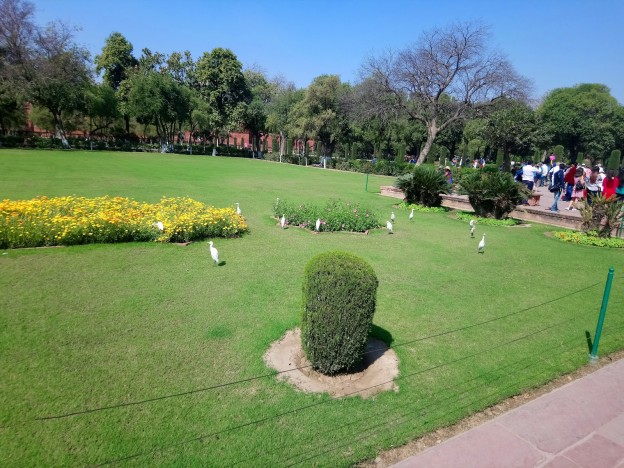 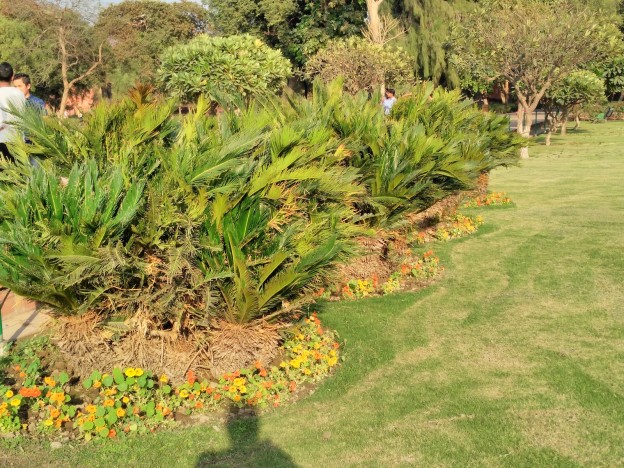 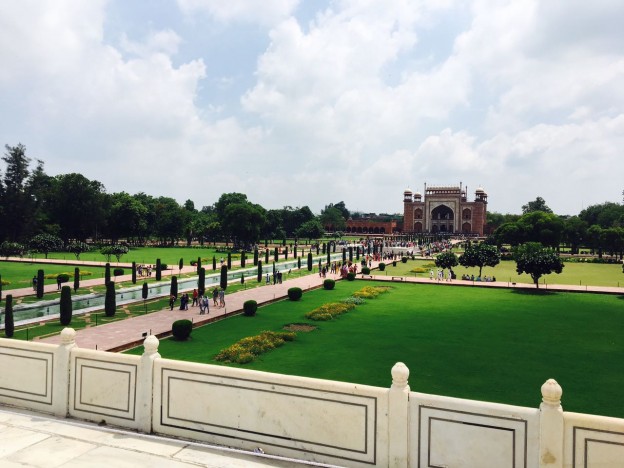 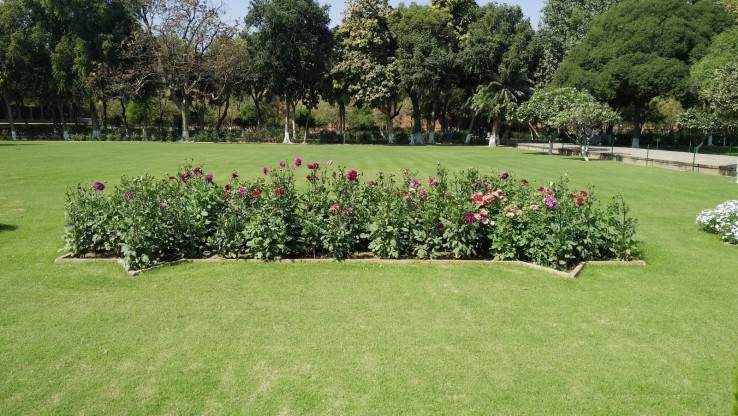 Taj Mahal, one of the most recognisable structures in the world, attracts around four million visitors annually. This beautiful structure of white marble was built by the Mughal emperor, Shah Jahan, in the memory of his wife, Mumtaz Mahal.The construction of the monument started in 1632, a year after the death of his wife, and was completed in 1653. The Taj Mahal was constructed under the supervision of architects Abdul-Karim Ma'mur Khan, Makramat Khan and Ustad Ahmad Lahauri. This symbol of eternal love is the quintessence of Mughal architecture. Besides, it also combines elements from Persian, Turkish and Indian architectural styles. The tomb, which is a white marble structure, stands in the centre of a complex.The base structure of this tomb is a multi-chambered cube with chamfered corners. Standing on a square plinth, the tomb is framed by four minarets, one at each corner of the plinth.The most striking feature of this tomb is the marble dome, which is often called an onion dome. Decorated with a lotus design, the top of this tomb features a gilded finial, which is topped by a moon. The finial reflects a mix of traditional Persian and Hindu decorative elements. The exteriors of the Taj Mahal are decorated by paint, stucco, stone inlays or carvings.Calligraphy of the passages from the Quran adores the plinth, minarets, gateway, mosque and jawab. To create the geometric forms on the domes and vaults of the sandstone buildings, tracery of incised painting has been used. White inlays are used in sandstone buildings, while dark or black inlays are used on the white marbles. Tiles or blocks in tessellation patterns are used in floors and walkways.The interior chamber of the Taj Mahal is an octagon, which is decorated in lapidary work of precious and semiprecious gemstones. The bodies of Mumtaz Mahal and Shah Jahan were buried in the inner chamber with their faces looking in the right direction, towards Mecca.The cenotaph of Mumtaz Mahal is placed in the centre of the inner chamber. Furthermore, the cenotaph of Shah Jahan lies west of Mumtaz Mahal's cenotaph. The cenotaph of Shah Jahan is bigger than that of his wife. Both the base and casket of the cenotaph are decorated with precious and semiprecious gems.The complex of Taj Mahal has a 300 sq. m wide garden, which is also known as charbagh or Mughal Garden. The design of the garden draws influences from Persian gardens that were introduced in India by Babur, the first Mughal emperor. The Taj Mahal complex is bounded on three sides by red sandstone walls.The Great gate, also known as Darwaza-i-Rauza, is the main gateway to the Taj Mahal. Mausoleums of the other wives of Shah Jahan and tomb of Mumtaz's favourite servant are located outside the Taj Mahal complex. Taj Mahal was declared as a World Heritage Site by UNESCO in 1983. Besides, it is also counted among the seven wonders of the modern world.Taj Mahal is open for night viewing on the day of the full moon and two days before and after that. To protect the beauty of the monument, no petrol or diesel vehicle is allowed in the Taj area; hence, tourists have to use cycle-rickshaws, tongas and electric buses to reach the monument.

Other Places To Visit In Agra 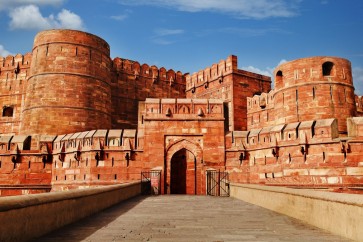 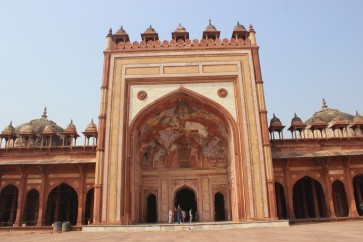 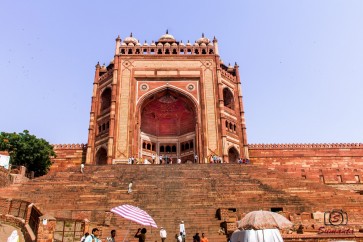 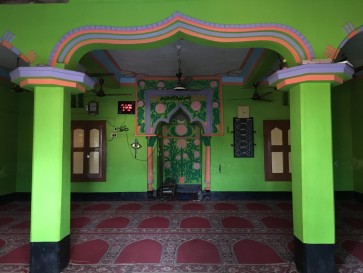 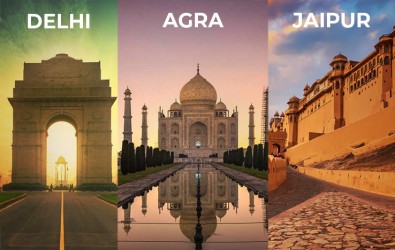 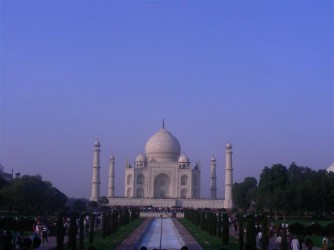