Arki, The Land of Leopard

Arki means 'a sunny place'. Rana Ajai Dev, a Rajput, bought Arki into being. Arki was previously declared as the capital of the princely state of Baghal.

Situated in the Solan district, amidst the Shivalik hills, which form the base of the Himalayan ranges, in Himachal Pradesh, Arki is contemplated to be the smallest town. Arki means 'a sunny place'. Rana Ajai Dev, a Rajput, bought Arki into being. Arki was previously declared as the capital of the princely state of Baghal. An immensely scenic view of the majestic mountain ranges and deep valleys surrounds it. Arki is famous for its legendary past and has the monuments and the culture to show for it. 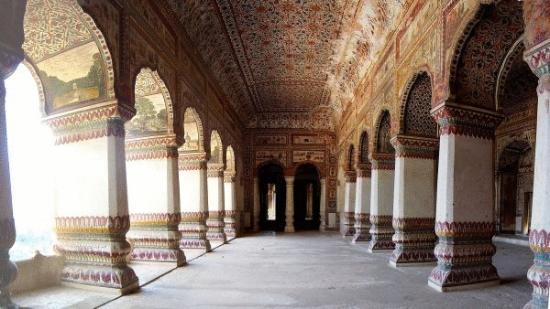 The Arki Fort, the Jakholy Devi Temple, the Luturu Mahadev Temple are some of those numerous monuments that depict the heritage left by the rulers ruling it. Majority of the architecture here show a blend of the Mughal and Rajasthani architectural styles. Beautiful frescoes and vibrant pahari paintings embellish the walls and ceilings in these monuments which represent various scenes from their day to day life and festivals and celebration and the way they were commemorated. The unique thing about these paintings and frescoes is that they not only represent scenes of the various Indian cultures and traditions but also depict some from the European and Chinese cultures and traditions.

Arki is an important and exotic destination for tourists and travelers. It has several caves and mountain ranges that are used for many thrilling activities. The picturesque view and the several interesting activities offered makes Arki an immensely enthralling journey's end for anyone who needs a restful and enjoyable vacation.