10 most amazing national parks in india that attracts people very easily. It is an area of countryside, or occasionally sea or fresh water, protected by the state for the enjoyment of the general public or the preservation of wildlife.

Ranthambore National park:- Ranthambore National Park is one of the biggest and most renowned national park in the Northern India. It  is located in the Sawai Madhopur district of southeastern Rajasthan, and it is about 130 km away from Jaipur. This park is one of the finest place to view animals. It is spread over  392 sq km. Of an area along with the nearby sanctuaries like - the Mansingh Sanctuary and the Kaila Devi Sanctuary. It  is majorly famous for its tigers and is one of the best locations in India to see the majestic predators in its natural habitat. Read More 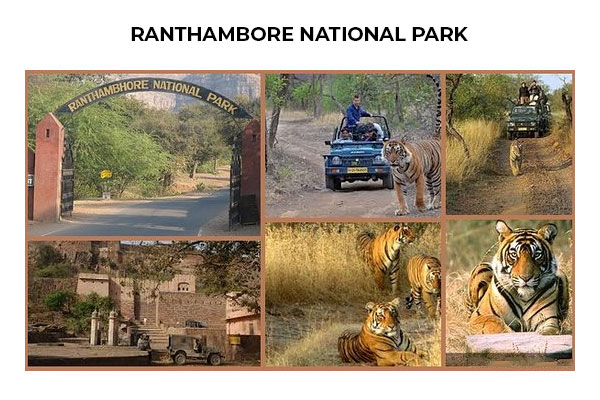 Jim Corbett, Uttarakhand:- Jim Corbett National Park is one ofthe oldest national park in India. It is located in nainital district and pauri garhwal district of Uttaakhand. This park was established to protect the endangered Bengal tiger.  This park was the first to come under the Project Tiger initiative.The Forest covers almost 73% of the park, 10% of the area which is consists of grasslands. It houses around 110 tree species, 50 species of the mammals, 580 bird species and 25 reptile species. Read More 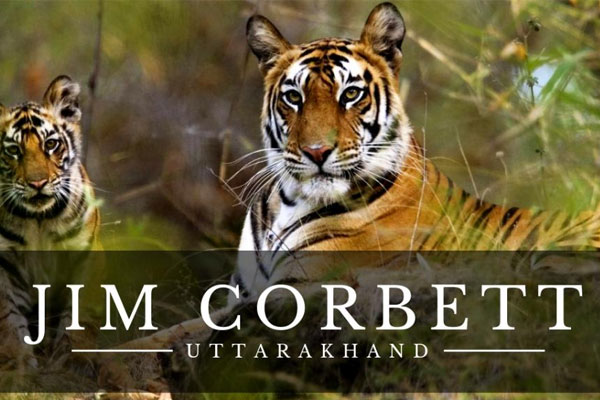 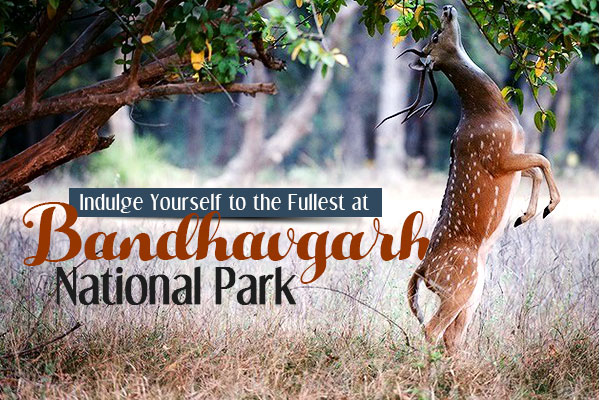 Gir Wildlife Sanctuary, Gujarat:- Gir, the royal kingdom of the Asiatic lions , it is the perfect dwelling place for most of the wildlife creatures and with the presence of great environs and the topography thronging along this region, the area has really got its true importance. Also known as Sasan-Gir, or Gir forest, this is a forest and wildlife sanctuary, which is located  in Gujarat. It is considered to be one of the most important protected natural areas in Asia due to the rare animals living there, particularly the pure Asiatic Lions (Panthera leo leo). Read More 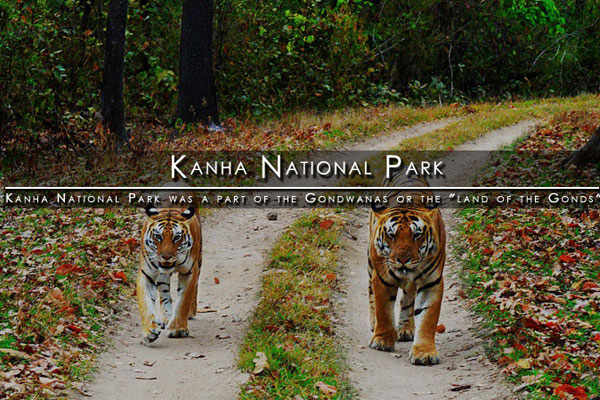 Periyar Wildlife Sanctuary, Kerala:- In the banks of Periyar Lake lays the pride of the Kerala – The Periyar Wildlife Sanctuary and National Park. It is located in Thekkady and it is known as Periyar Tiger Reserve. Its very famous among tourists as elephant and tiger reserve. Periyar wildlife sanctuary is very  famous for its rich flora and fauna. The forest  is tropical evergreen and moist deciduous. You can see the teak, rosewoods, sandalwoods, mangoes, tamarinds, banyans, bamboos etc. Read More 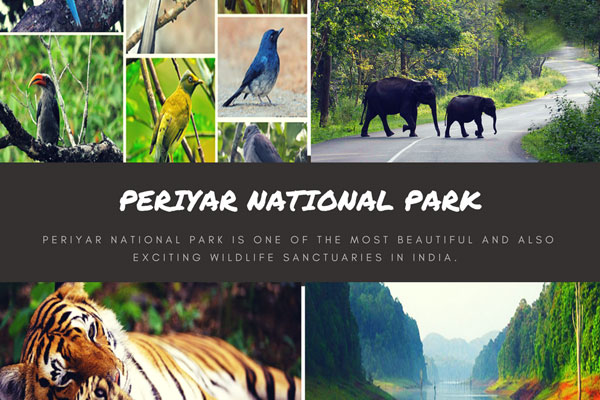 Sariska National Park:-  Sariska National Park is situated in the Alwar district of Rajasthan, “Sariska National Park”, is one of the important national parks in Rajasthan. This park is the first reserve in the world to have successfully relocated tigers. This park is a part of the Aravalli Range and the Kathiawar Gir dry deciduous forests ecoregion . It has rich  mineral resources, such as copper. It does not boasts the of variety of flora and fauna but it is famous for 'Tiger population' and 'Tiger Reserve Project’. Read More 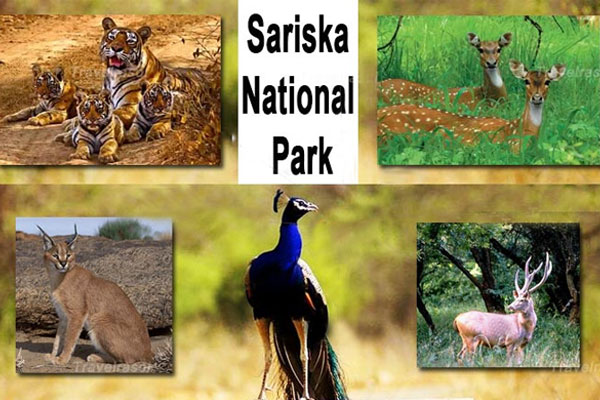 Sunderbans National Park, West Bengal :- The Sundarbans is the cluster of low-lying islands in the Bay of Bengal,it spread across India and Bangladesh and it is  famous for its unique mangrove forests .The area is home to the Royal Bengal tiger,  Sunderbans National Park endangered species such as the estuarine crocodile and Ganges River dolphin.  has the largest number of Sundari trees. Sundarbans epitomize wilderness with its meandering rivers, springs, creeks and estuaries. 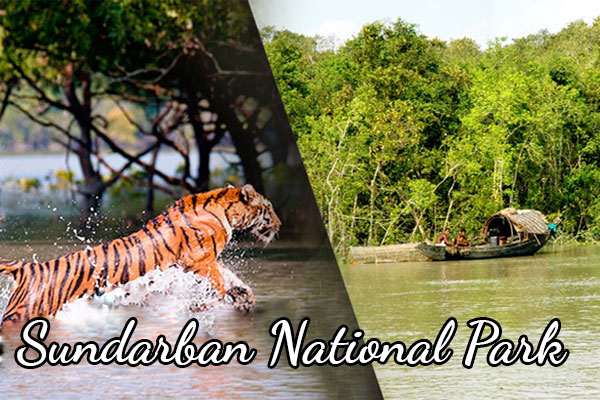 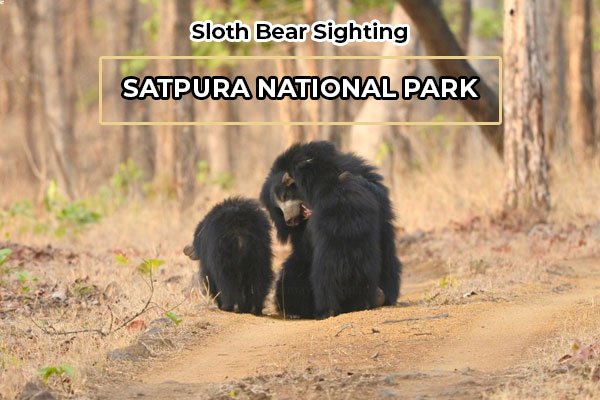 Kaziranga National Park:- Kaziranga National Park is the name to exemplify the most popular conservation efforts to save the endangered species like one-horned rhinoceros in India. It is located in the Golaghat and Nagaon district of Assam. Kaziranga is the vast expanse of tall elephant grass, marshland,  and dense tropical moist broadleaf forests, criss-crossed by four major rivers, including the brahmaputra river , and the park includes numerous small bodies of water. 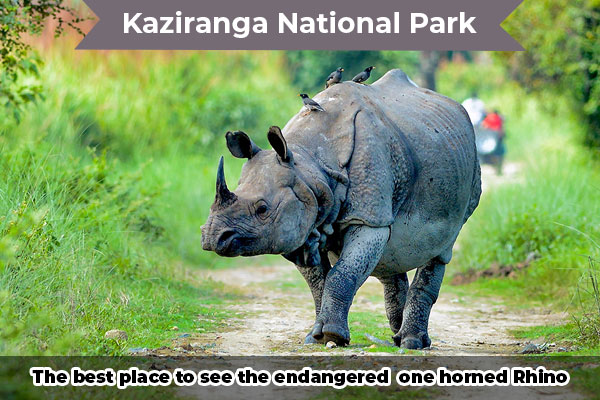