The Amazing 5 Days well spent at Gujarat with Family

Gujarat – The Land of the Legends, stands bordered by Pakistan. Gujarat is home to the Sabarmati river and various religious sites. One of the best things about the place is that it is much safer for women and children than any city I’ve been to. Exploring its spiritual connection with Lord Krishna is something you should be sought for in this journey.

Gujarat – The Land of the Legends, stands bordered by Pakistan. The Arabian Sea borders the state both to the west and south-west. Gujarat is home to the Sabarmati river and various religious sites. Gujarat has always been on the top in the travelers' list. One of the best things about the place is that it is much safer for women and children than any city I’ve been to. People are simple and very helpful. You can roam around the streets till late in the night without a single worry. So, we started our journey from Delhi and our first stop was Ahmedabad.

After arriving at Ahmedabad, Booked taxi, Inova came to receive us at the airport and then we went to our hotel and get freshen up. At 4, we left to visit Akshardham Temple, a holy place of Lord Swaminarayan and enjoy the great architectural carvings. After that, we went to Kankaria Lake at 7 pm. Kankaria Lake was constructed in 1451 by Sultan Qutb-ud-Din. The lake is surrounded by parks, Bal Vatika, children's gardens, a boat club etc. 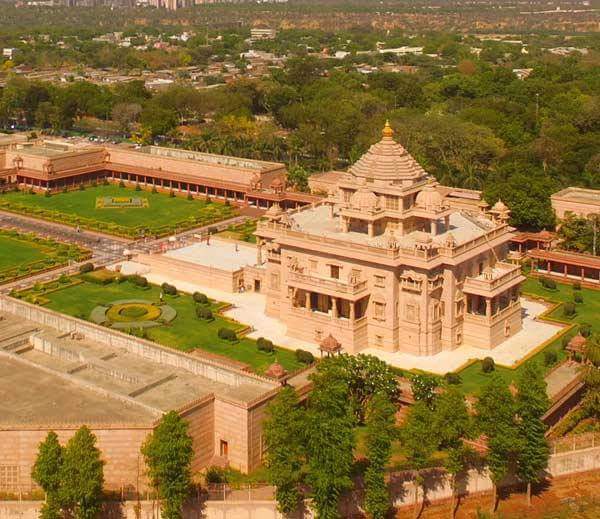 Day 02 – Check out from the hotel and left for Dwarka

The next day, post breakfast we drove to Dwarka. The major attractions of Dwarka are Dwarkadheesh Temple, the temple of Jagat Mandir and a superb architectural monument. The temple consists of a shrine that is supported by 60 pillars made of granite and sandstone. Also, the temple stands along the roaring waves of the sea – Gomati river.

Since it’s a long journey of 6 hours we reached Dwarka at 4:00 p.m, checked into the hotel, freshen up and went to enjoy the sea waves, evening chaupati and pleasant weather. Back to hotel at 9:00 p.m, had dinner and went to sleep.

Next morning we went to Dwarkadhish temple at 6:00 a.m since aarti time was 6:15 a.m as the elders with us are very interested in the aarti atmosphere. And yes when we were there I had to say that it is the best time to visit. At 10, we left for Bhet Dwarka after having local Gujarat breakfast of yummy poha and dhokla. 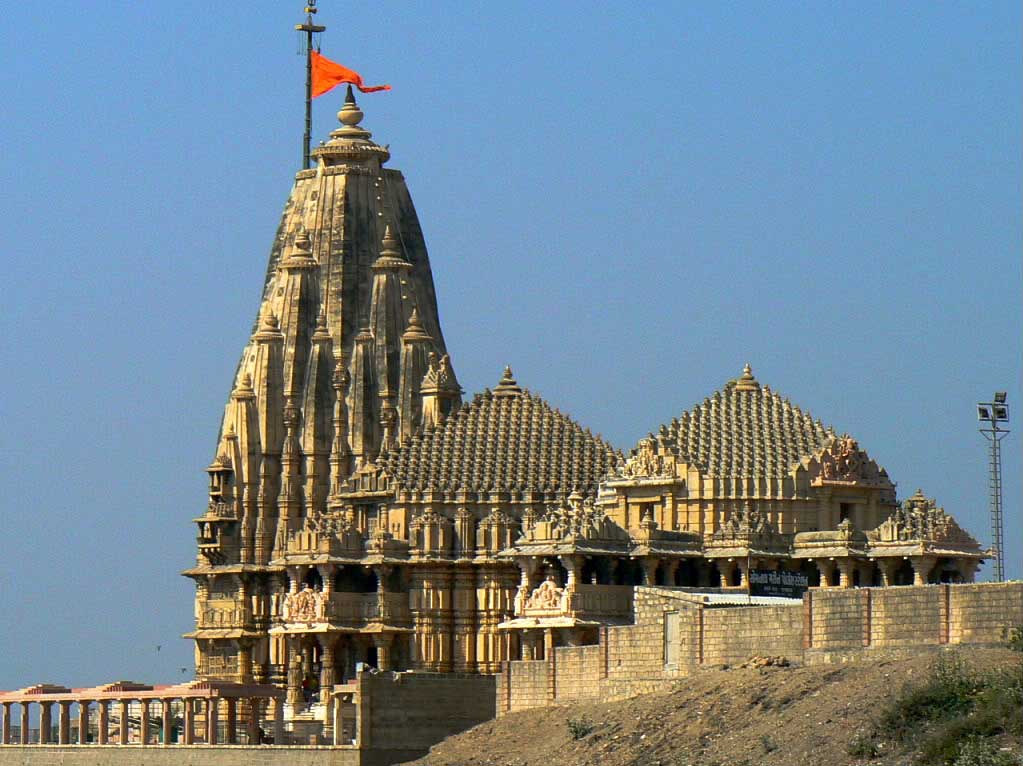 In between, we visit Rukmini temple stands just 2km away from Dwarka. Once lord Krishna and Rukmini went to the sage Durvasa to invite him on dinner. He agreed on the condition that both of them has to pull their chariot instead of any animal. At the time of pulling the chariot, Rukmini became thirsty and Lord Krishna prodded his toe into the earth to draw a spring of Ganga water. Rukmini took a sip without offering Durvasa so he cursed Rukmini that she would be separated from her husband Lord Krishna.

After this, we continued our journey towards Bhet Dwarka, the only way to reach there is by boat or steamer from Okha port. We reached the temple by 12:00 p.m and yes we succeed since the doors of the temple close by 12:30 p.m. With this we visited Hanuman Garh, the temple of Hanuman and his son Makardhwaj. It is believed that in the whole world it is the only temple of hanuman with his son. There is a story behind the birth of Makardhwaj.

Then we went to visit Nageshwar temple of Lord Shiva is located on the route between Dwarka and Bhet Dwarka. It is enshrined by one of the 12 Swayambhu Jyotirlingas in the world, in an underground sanctum.

Now post-lunch in between we left for Somnath. The journey of Dwarka to Somnath is of 210 km. We check in at 10:00 pm.

Like all, elders with us enjoyed the whole day since it was all kind of religious ceremony. 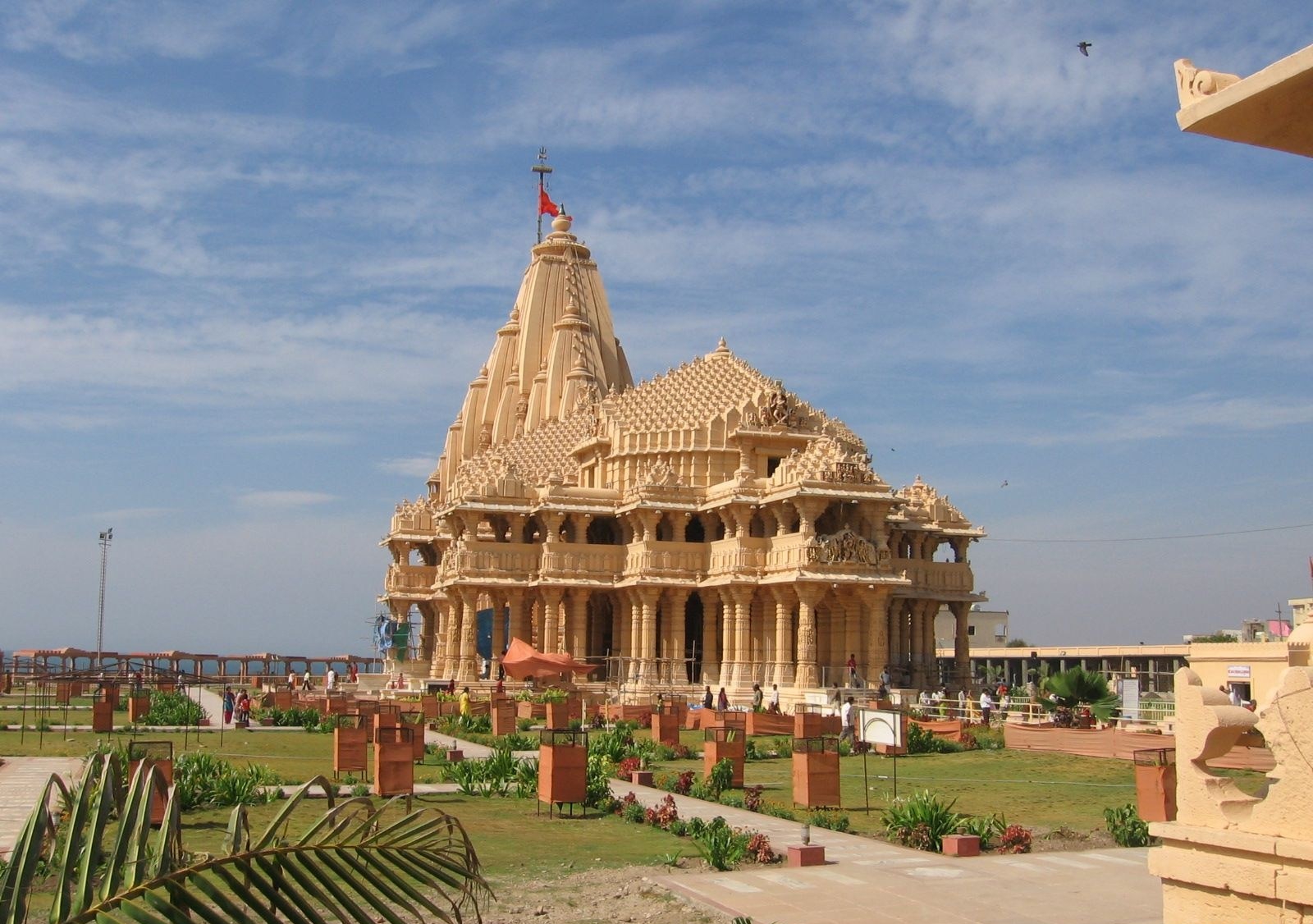 The main attraction of Somnath is, of course, the Somnath Temple. The view of the sunrise and sunset in the sea is spectacular, and if you can wake up early enough, you can actually see the sunrise on one side of the temple and the moon set on the other. Personally speaking, the chants, the vibrations, and the atmosphere inside the temple created in me an unfathomable amount of positivity.

Early morning at 6:30 a.m, we left for Somnath temple as aarti time is of 7:30 a.m and we do not want to miss that. We’ve visited nearby temples also and did breakfast at the local market of Somnath. Checked-out from the hotel at 11:00 a.m to visit Bhalka Tirth, where Lord Krishna is said to have been accidentally shot in the foot and finally we left for the last and best destination Diu. Post Lunch at 3:30 p.m we reached Diu hotel and decided to go to Nagoa beach after freshen up.

At 5:00 p.m we left for Nagoa Beach and What I saw is the view of the sun sinking like a ball behind the trees into the sea was something I still cannot get out of my head. Apart from the usual street shopping and the beach fun, the street food is simply amazing. We enjoyed the whole evening there with high tide waves. Back to the hotel at 8:30 p.m and had dinner as it was a whole tiring day and went on to sleep. 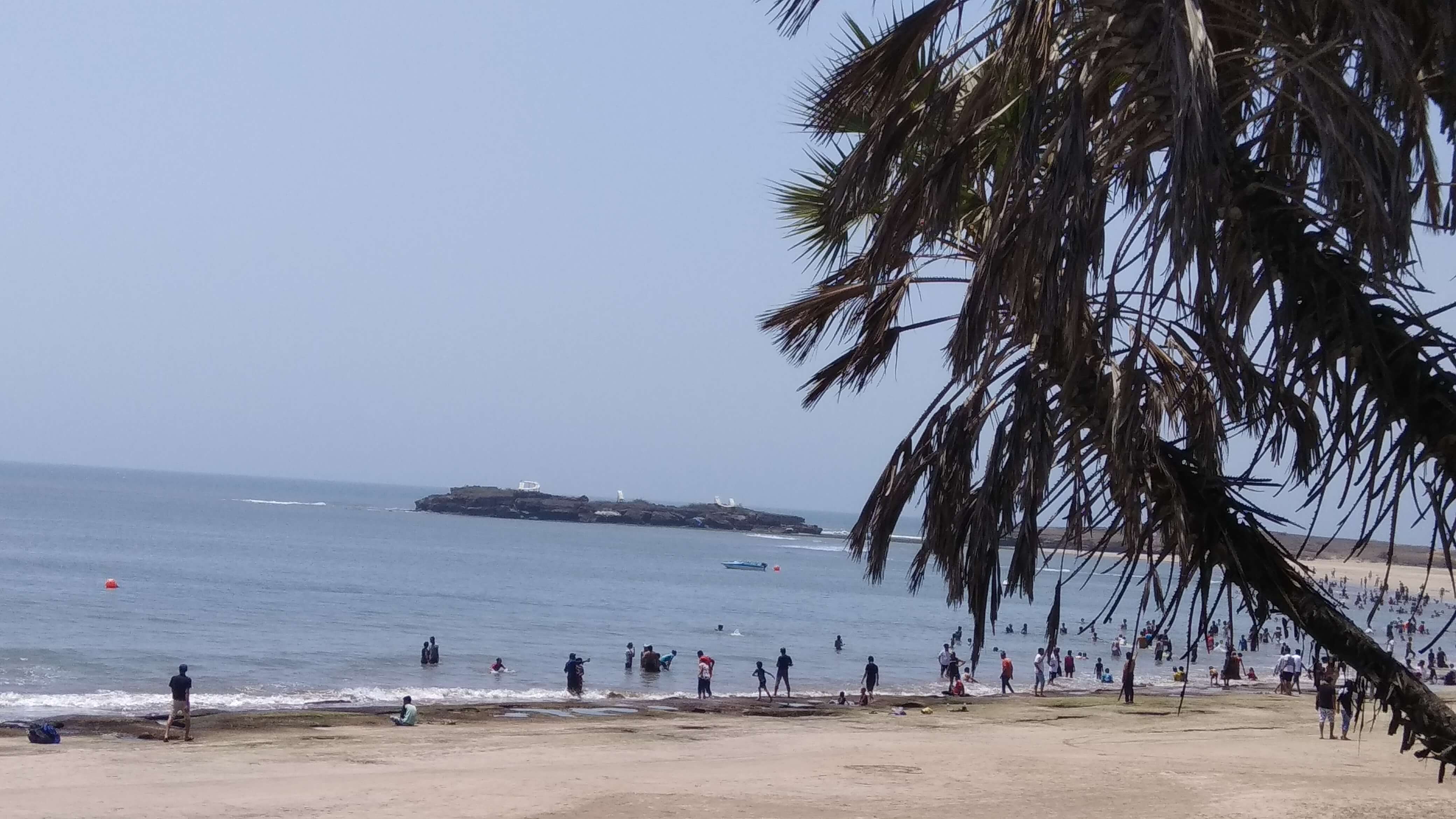 Day 05 – Diu and back to Ahmedabad

At 10:00 p.m, we left the hotel post breakfast and started for local sightseeing of Diu like Fort Diu, St.Paul Church, Khukri Memorial and Gangeshwar Temple. Do not miss any of these, they all are the best visits of Diu. At 1:30 p.m we left for Ahmedabad and enjoyed the whole day on road doing shopping, dropping by famous temples in between and lunch-dinner everything. And at 11:00 p.m we took a hotel near the airport as next morning we had to catch the flight for onward destination. 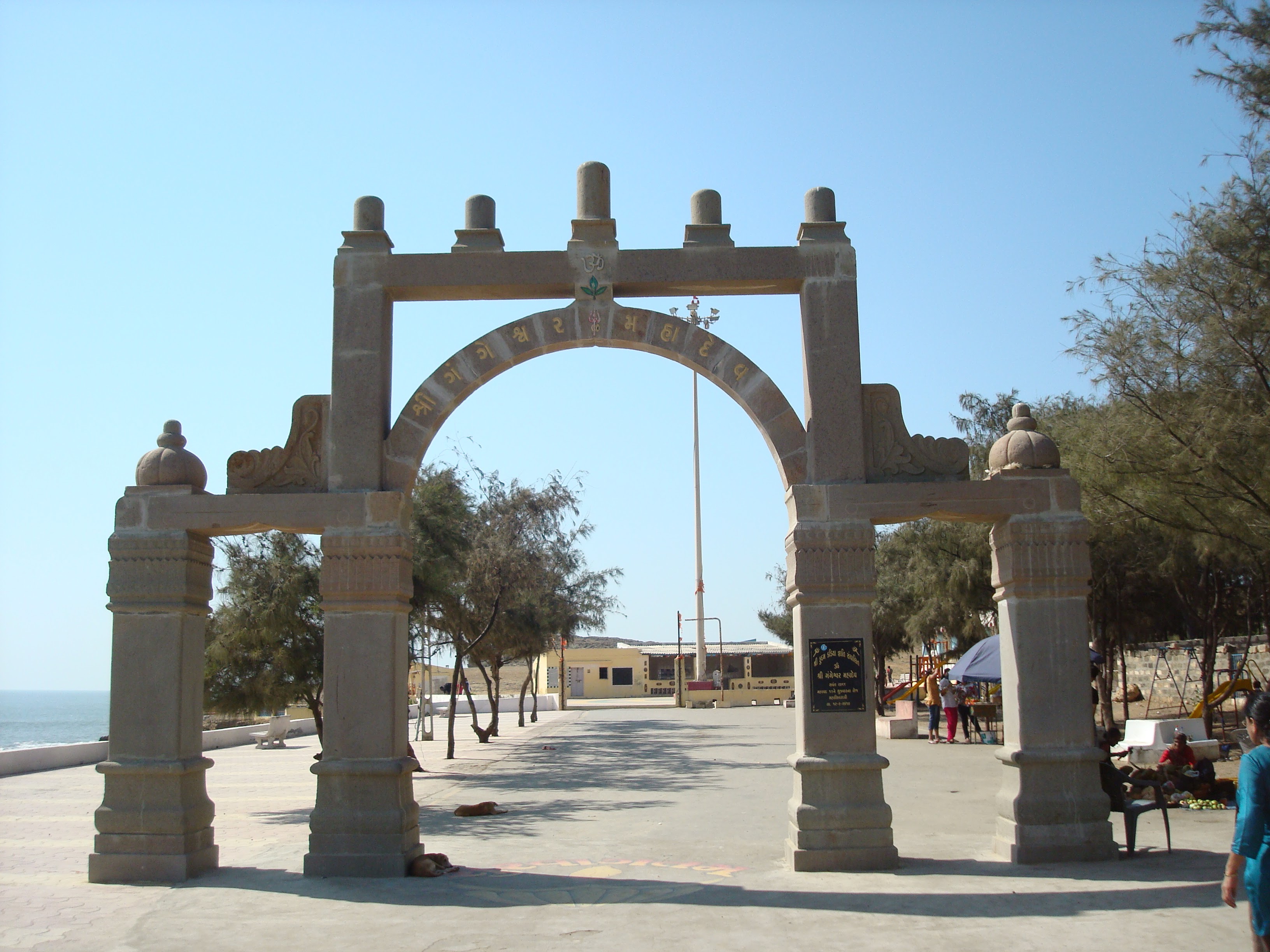 All in all, my trip to Gujarat was a fun-filled experience. The only sad part was that the photography was prohibited inside all the temples of Gujarat. The state has something in store for everyone, and the next time I see Amitabh Bachchan asking me to spend a few days in Gujarat, I’d say, ‘definitely!’.