Rajasthan is basically known as the land of Kings. It is the most colorful state as it depicts pink, yellow, brown, white and many more colors in the form of cultural art and marble art. Rajasthan is an ideal choice for all kind of travelers as its majestic places, authentic cuisine, traditional crafts and the beauty of the Thar desert.

Rajasthan is basically known as the land of Kings. It is the most colorful state as it depicts pink, yellow, brown, white and many more colors in the form of cultural art and marble art. People are so friendly and modern, even the state is not backward in any form. Rajasthan is an ideal choice for all kind of travelers as its majestic places, authentic cuisine, traditional crafts and the beauty of the Thar desert. It is the only place where you can have the feel of white and golden sand desert as well as the scenic beauty of lush green mountains. So, in the month of November, we started our journey from Agra after all the havoc that took place.
This time I made my accommodation choices in advance and note down all the phone numbers of the hotels just to pre-inform them about my arrival. My first destination was Mount Abu. Left from Agra via train as both the cities don’t have airports and to travel by train is the most economical choice. My route was Mount Abu – Nathdwara – Udaipur – Jaipur. 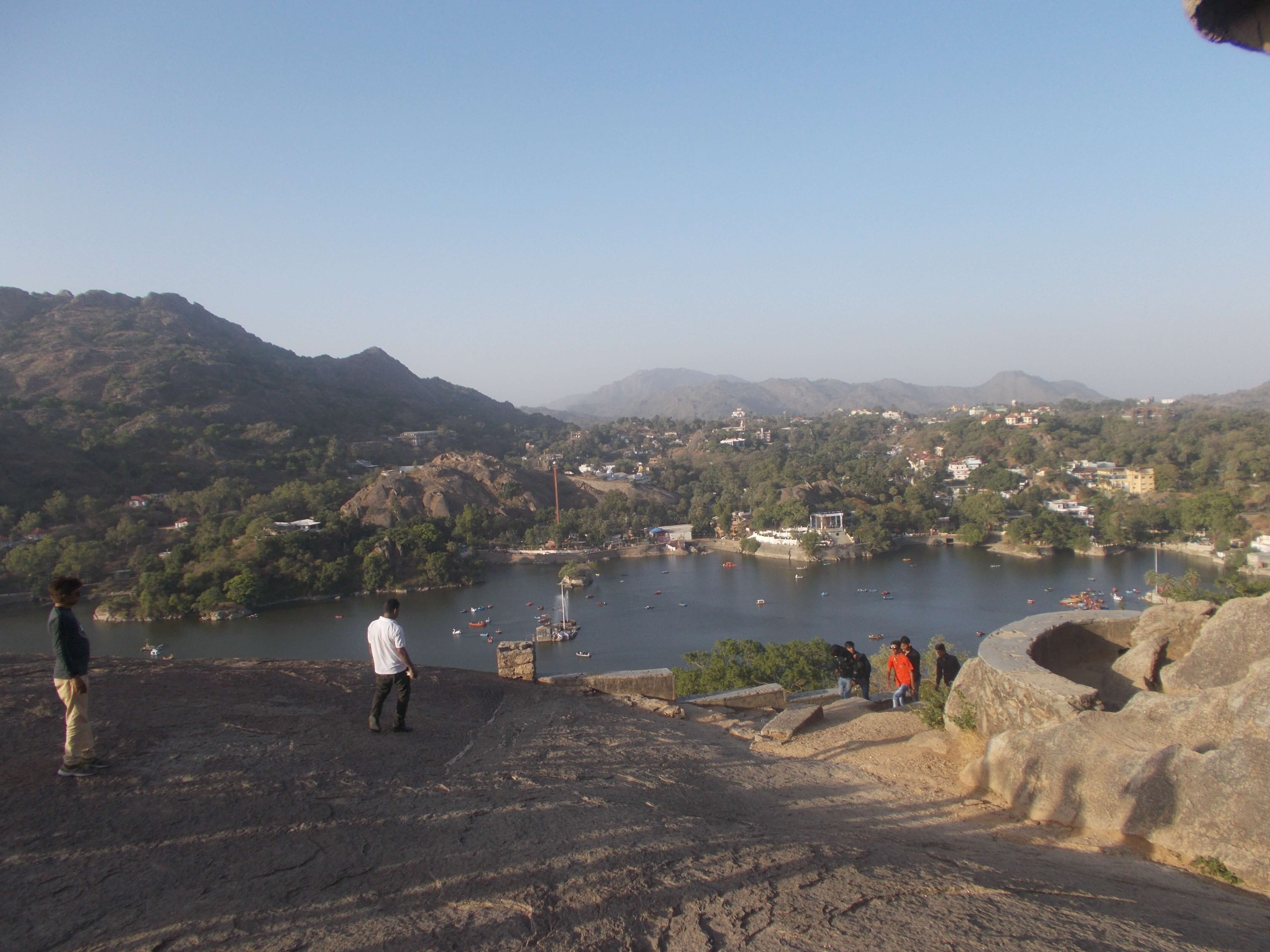 Our journey began from Agra Cantt railway station. It was an overnight journey to Abu Station. On reaching at 7:30 a.m, we had our cab at the station as we booked it well in advance from Trip Night. It took around an hour to reach the hotel which is in Mount Abu from the station. At 9:00 am we checked in and got freshened up.
Finally at 1:00 pm we headed to explore the city. We started with Guru Shikhar, a peak in the Arbuda Mountains of Rajasthan, it is the highest point of the Aravalli Range located at a height of 1,722 mt. The view of the lush green mountains from the peak of the mountain is worth the trial and you can see the whole town from the top.
After this, we headed to Dilwara Jain Temple, around 10 mins from the main city. If one is fond of architecture, he must visit this temple. It is the perfect example of stone carvings, design, and architecture. As we all were hungry then, so we had some street food on the go.
Then we reached Nakki Lake for the sunset view and we reached the place after a walk of about 1km as the four-wheelers are not allowed. The place was just awesome with the mountains on the side. We spent more than two hours over there. We returned to the hotel, had dinner and went for sleep. 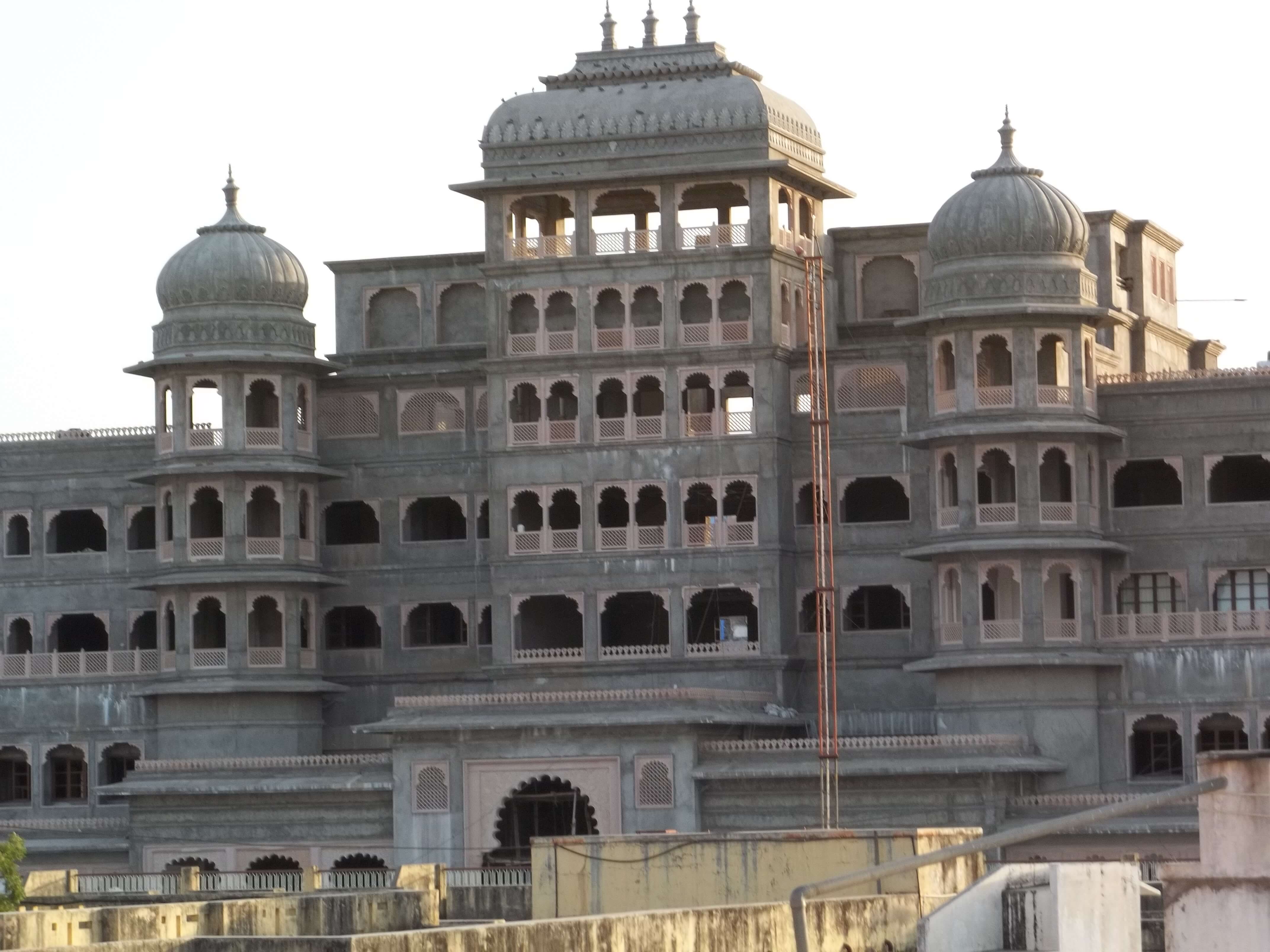 Next day post breakfast we checked out and starts with Adhar Devi also known as Arbuda Devi Temple. It’s a cave temple and we had to climb around 365 stairs to reach there, it is a must visit place if you are in Mount Abu. Finally, we left Mount Abu on a satisfying note after a visit to Toad Rock and Brahmakumari Temple and made our way towards Nathdwara which is about 190 km by road.
We reached there at 6:00 pm after two or three halts in between for lunch and all. First, we rushed towards Shrinathji mandir darshan before check in as we heard that it closed by 7:00 pm.
Nathdwara is a place which is famous for its temple of Shrinathji. It is located in the Aravalli hills on the banks of Banas river in Rajsamand district. The small desert town is a popular pilgrimage destination to many Krishna devotees who believe that by doing puja there fulfills all their spiritual desires. The Temple is very simple and the idol is Lord Krishna lifting the Govardhan hill.
As it was all a tiring day, we did not took halt anywhere and came to the hotel directly, had dinner and went off to sleep. 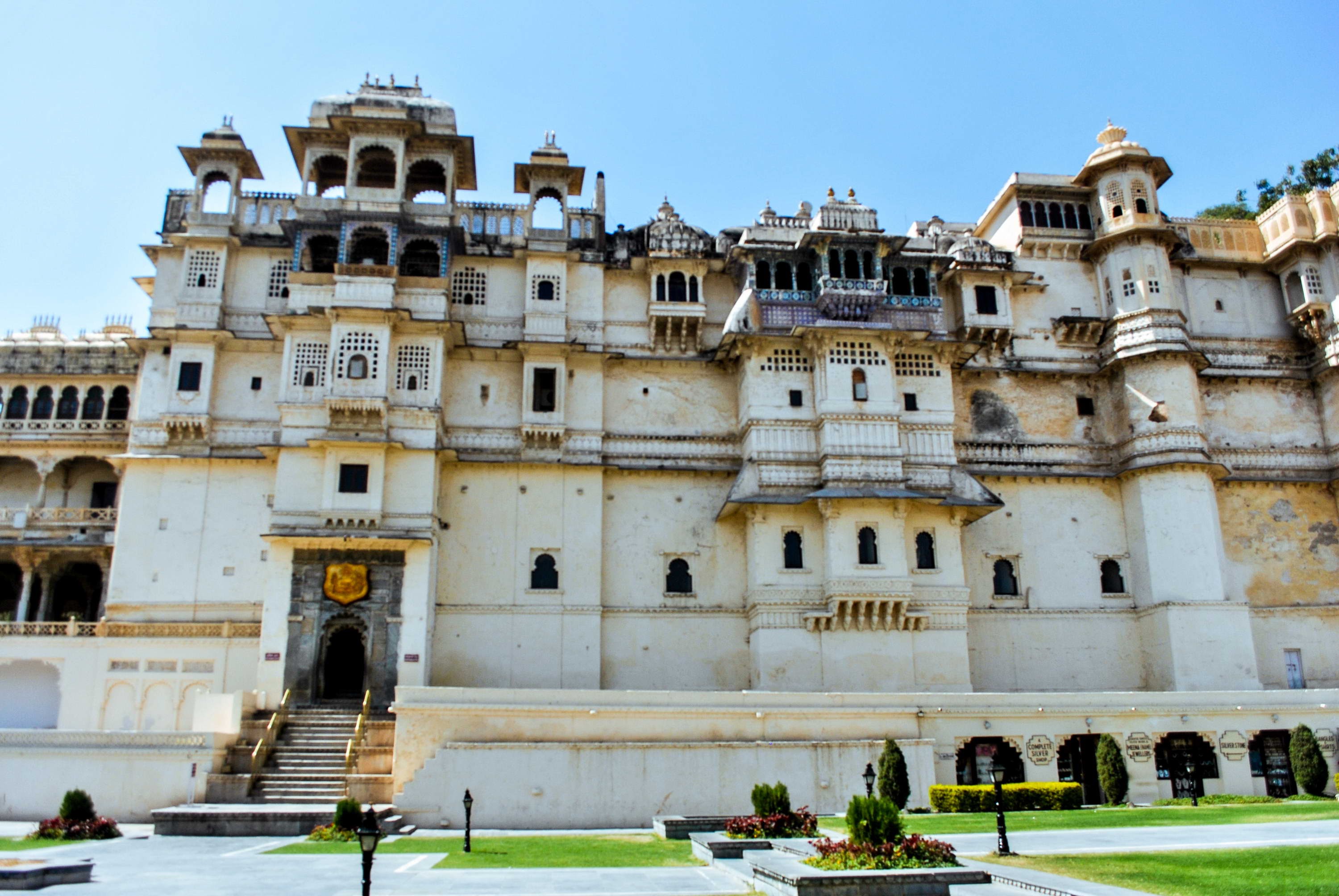 We woke up early morning as the elders with us were too curious to have aarti darshan at 7:15 am. So we somehow managed to be there, and the temple was full of pilgrims so early in the morning, this atmosphere was different from the last night darshan and was full of positive vibes. We were not in any hurry now so we took our full time to explore and enjoy the temple.
Later in the day, we had Masala Tea with street food Poha and Khaman. We did a little shopping and its just the best ever, we bargain a lot.
At 12:30 in the afternoon, we finally managed to drive to Udaipur. It was just an hour traveling. We took some snacks in the hotel after freshen up as we all were not in the mood of lunch. We started from City Palace as soon as we could.

City Palace is one of the must things to see in Udaipur. The palace is located in the center of the city and is a combination of amazing courtyards, buildings, and gardens.  We enjoyed there a lot as a huge amount of pictures were clicked. After this we went for a boat ride in Pichola lake, that was just awesome because of the pleasant weather in evening.
Then we felt the craving for food. So, we went to Natraj restaurant, the most famous one. And I must say that I eat the best food till now.
After that, we came to the hotel having a side river view of Fateh Sagar Lake in between to just digest the over-eating we had. Now it was all a tiring day and we went to sleep.

Next morning we came up with the fresh mood as we planned to not go to any of the lake or palace. Instead, we are going to experience something different - The Vintage and Classic Car Collection Museum. It showcases antique and heritage cars. After watching it I must say that if you are an automobile lover, then please leave any of the lakes but don’t miss to visit this place.

After the enjoyable time that we had exploring the beauty that Rajasthan is it was time to move our bags to the capital. We took the 400 km long drive to Jaipur in the afternoon and reached the city after sunset. We checked into our hotel, relaxed a bit and then it was time to shop the beautiful handicrafts, the traditional bags decorated with the colorful Gotapattis and the famous Rajasthani bandhani sarees. We shopped till we dropped. 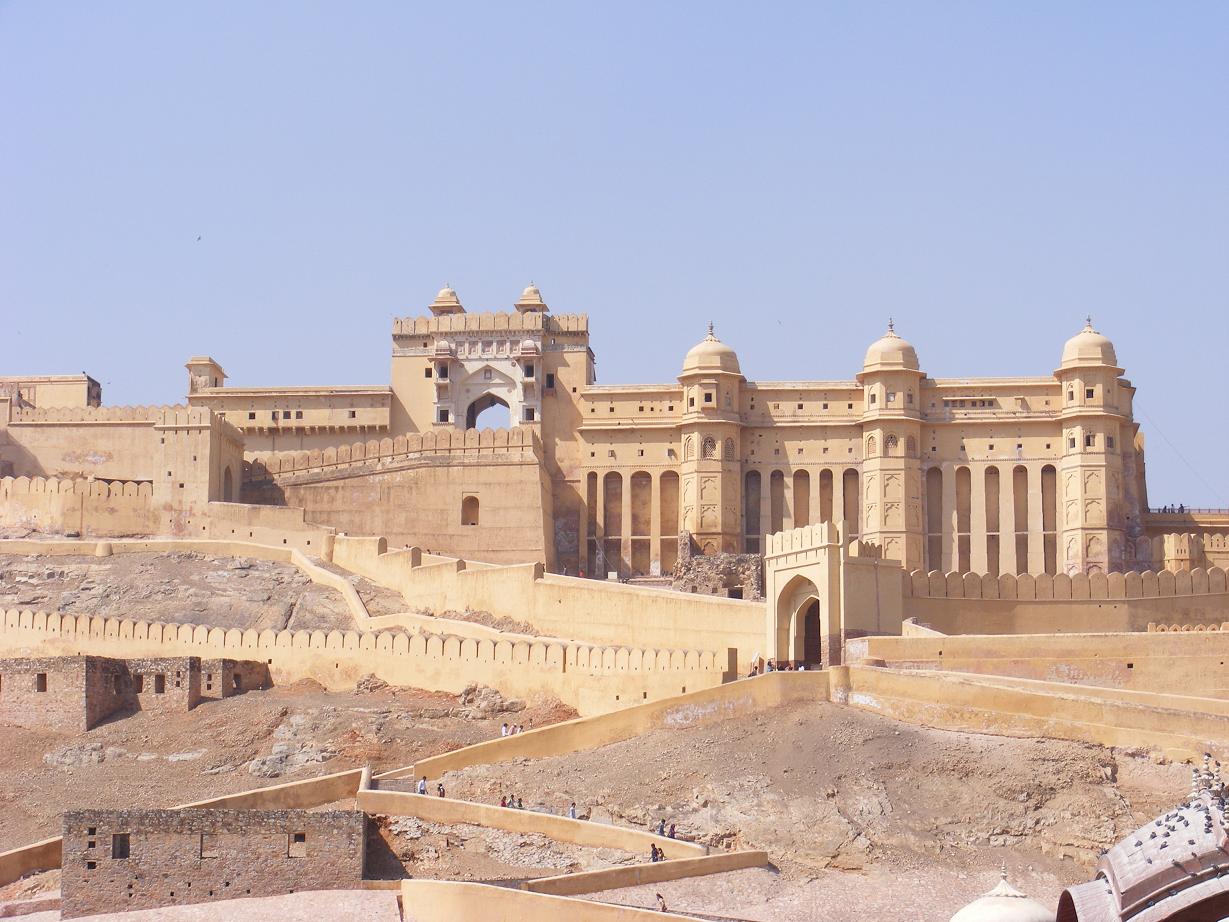 The next day we got up fresh and rolling as the previous day was quite exhausting due to all the travel and shopping. After spending three days visiting the old monuments, we felt if we have the need to know the flavor of real Rajasthan, it was in its little nooks and corners, meeting the people, visiting the weekend getaways of the locals instead of the touristy places. So we decided to head on to do the same.
And Our first step was the infamous Govindji temple known for the oh-so-serene and peaceful atmosphere it has to offer. The little bazaar serving the pooja offerings, the prasad made up of the Local Jaipur savorings. After the harmonious visit to the temple, we went on to have the combination of Kadhi Kachori and also Pyaz ki Kachori that only Rajasthan came up with and we wanted to have it since we began on our journey. Then we visited some local cafes to have some of their best servings and went back to our hotel.
Any trip to Rajasthan is incomplete without going to Chokhi Dhani, we didn’t deprive ourselves of the same and had a gala time there enjoying the camel and the elephant rides, the magic and the stunt shows, the drool-worthy Rajasthani thali and dancing to the tunes of Ghoomar.

After five days of delving into the middle and the corners of Rajasthan. It was time to bid adieu to the beautiful cities of Rajasthan. And we left for our home on the same day. It was such an enriching and fulfilling experience of touring in Rajasthan that I would love to visit it any day soon, love to have the Rajasthani cuisine, know the magnificent culture and live among the rooted traditions. 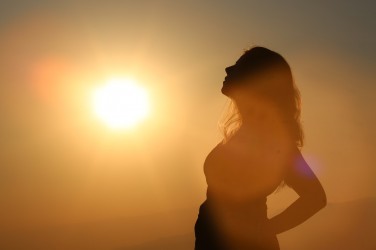 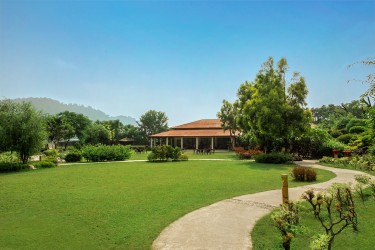